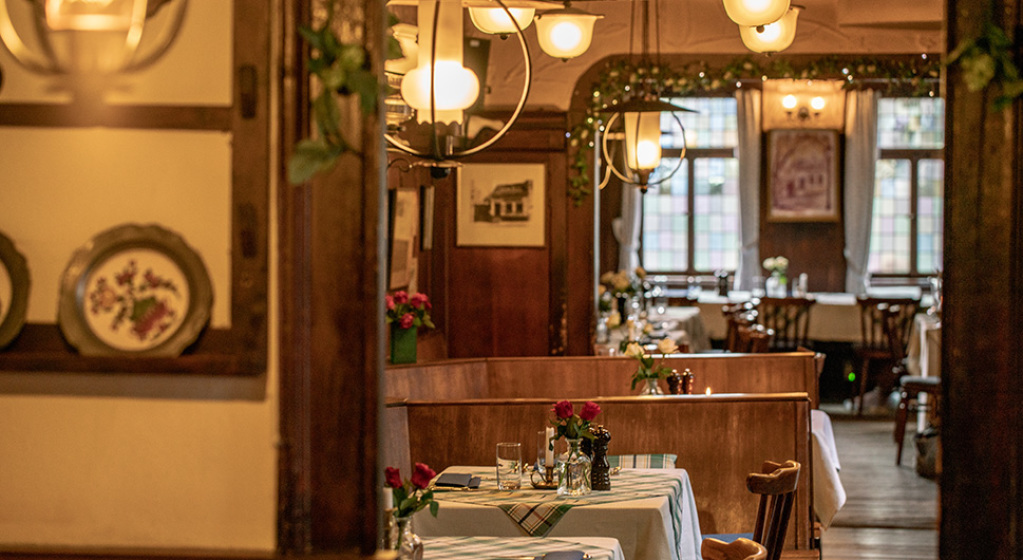 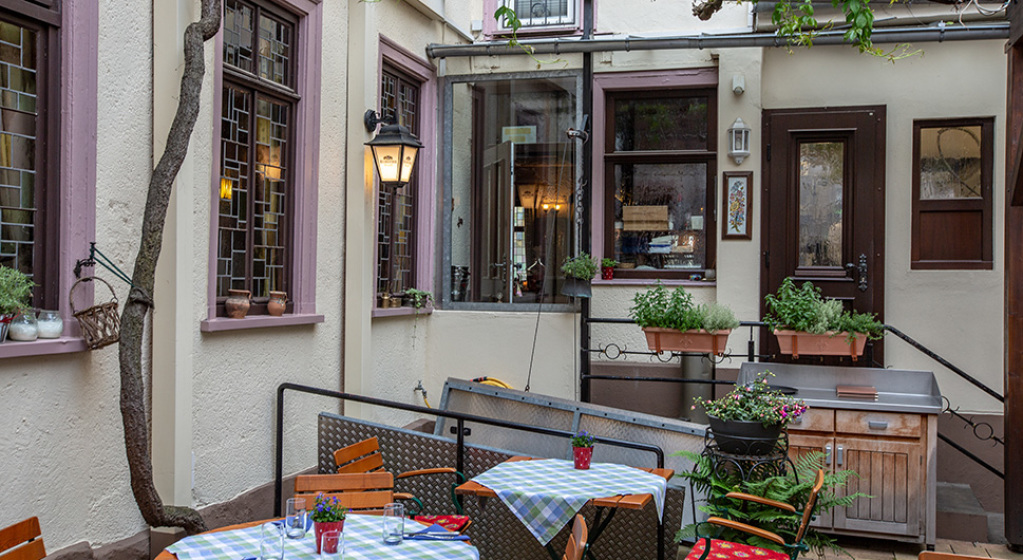 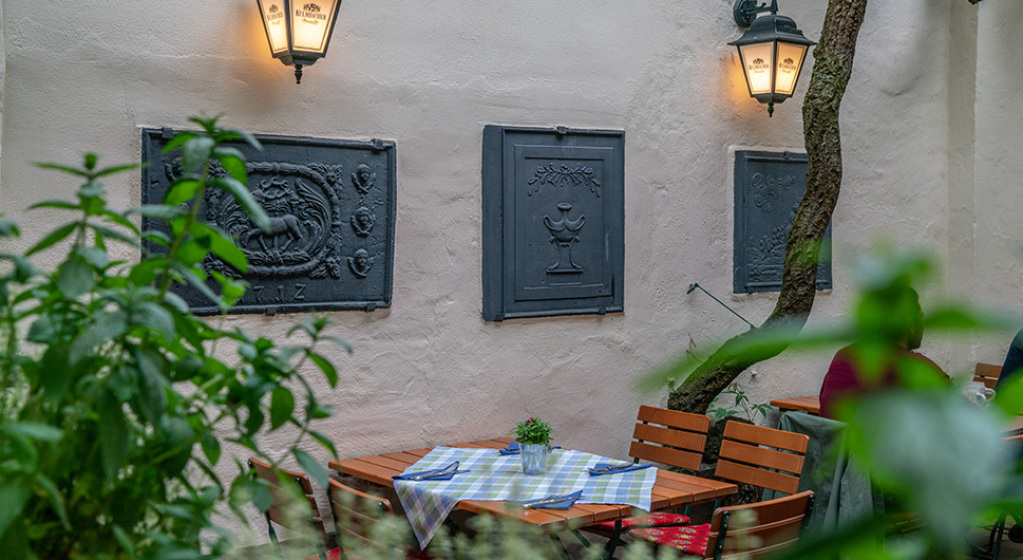 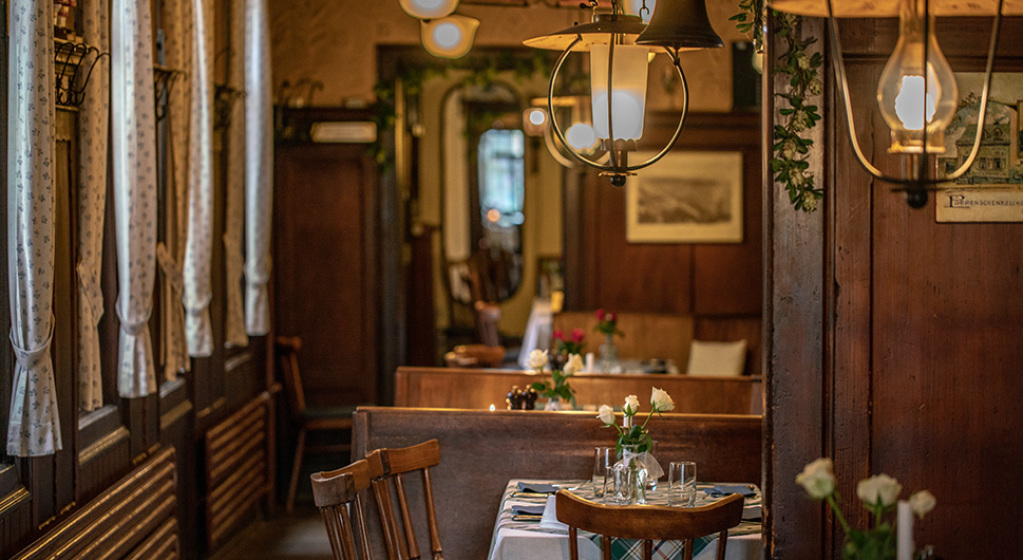 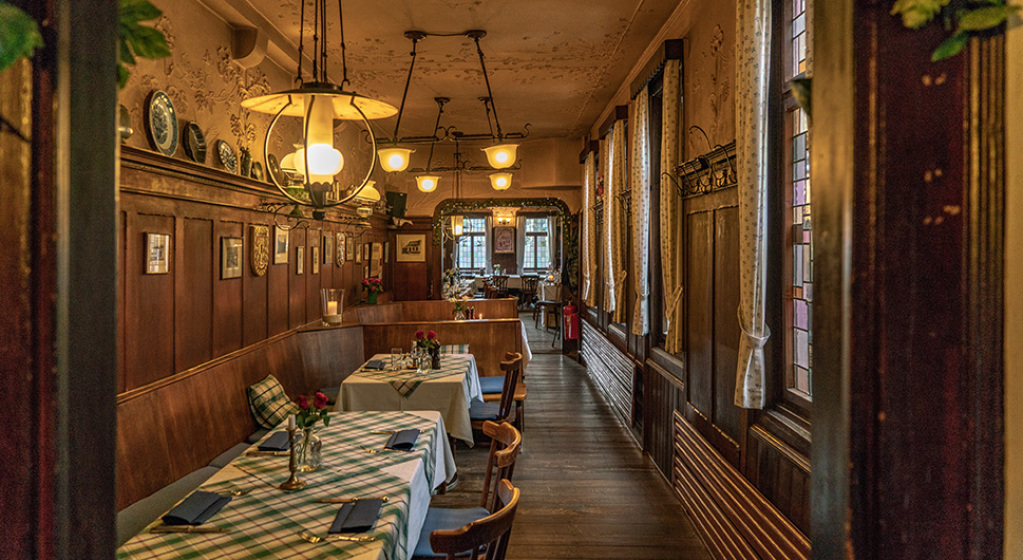 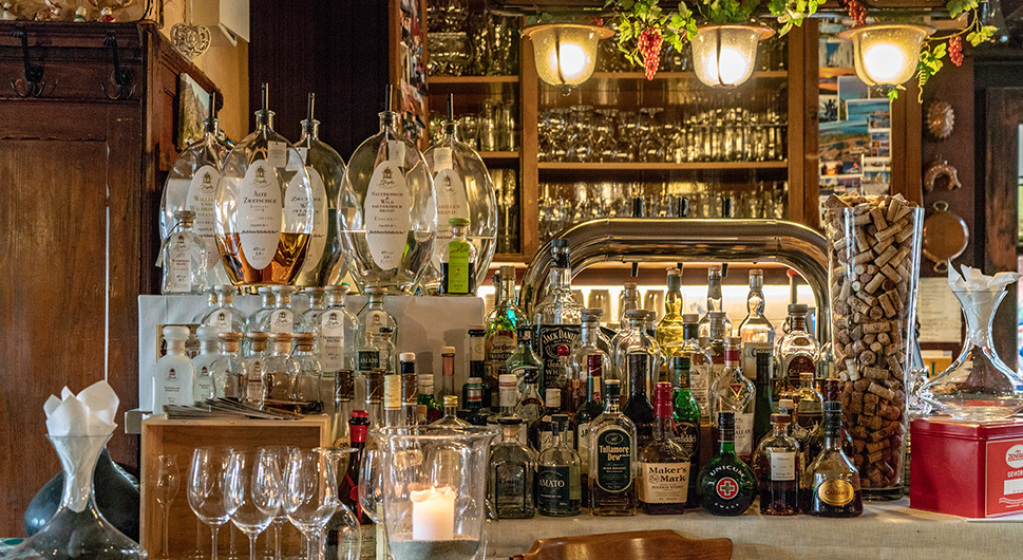 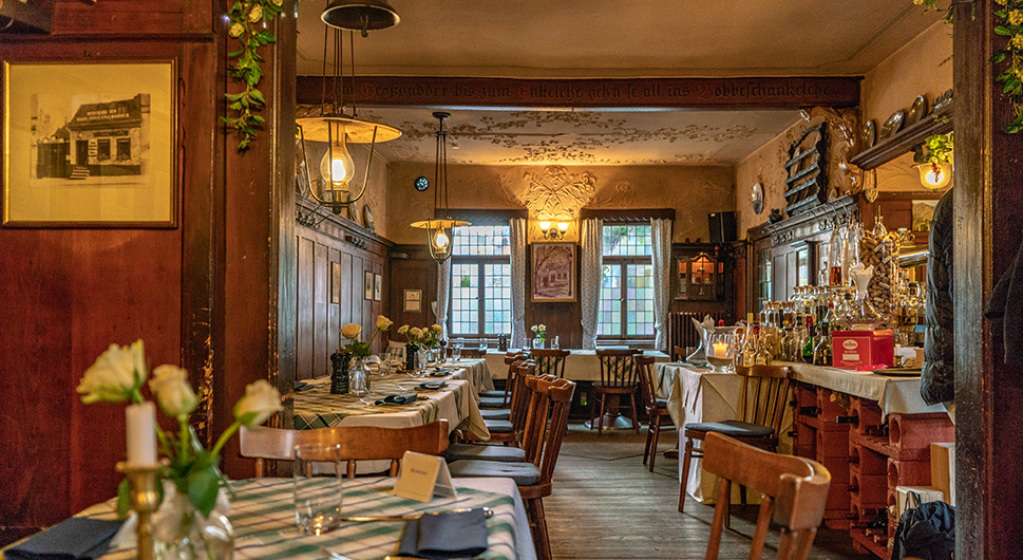 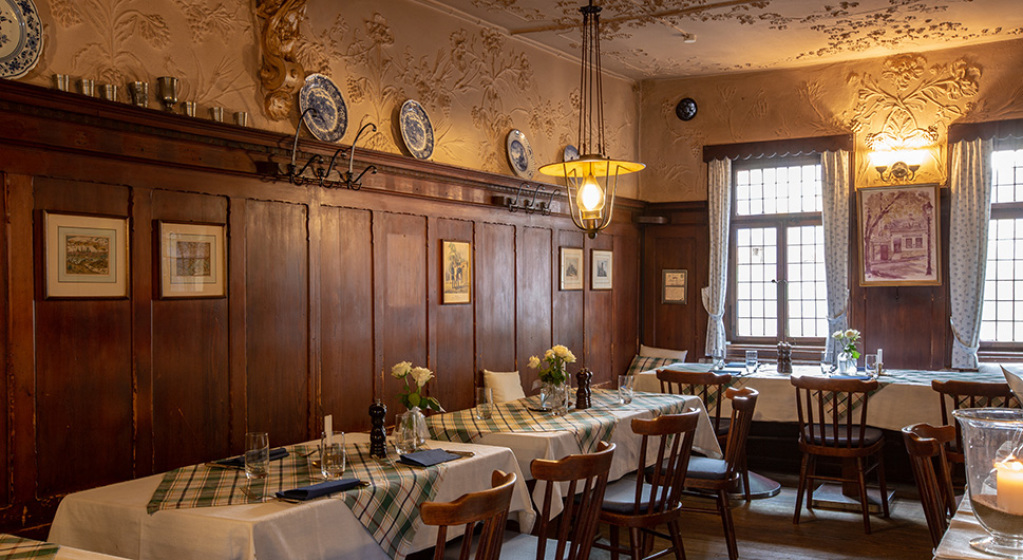 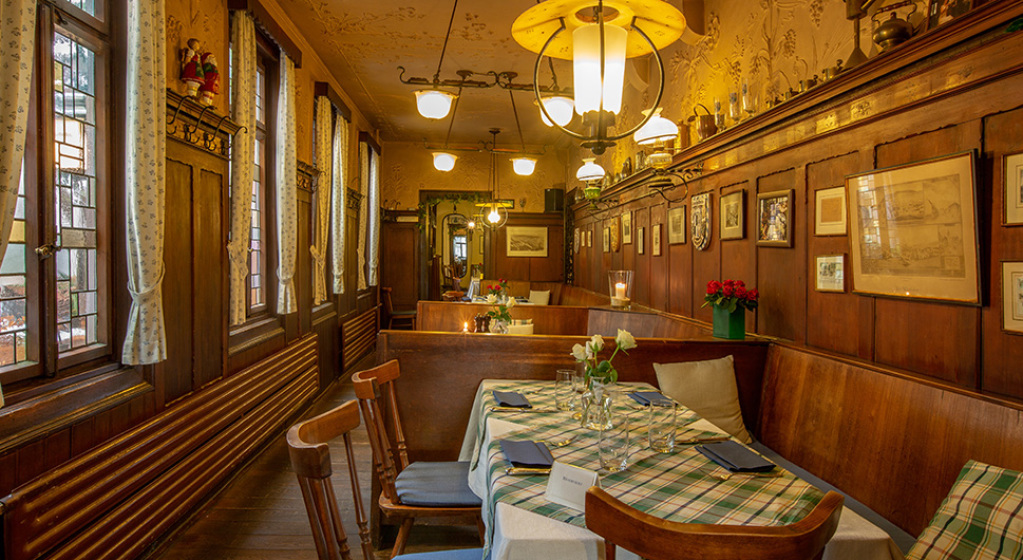 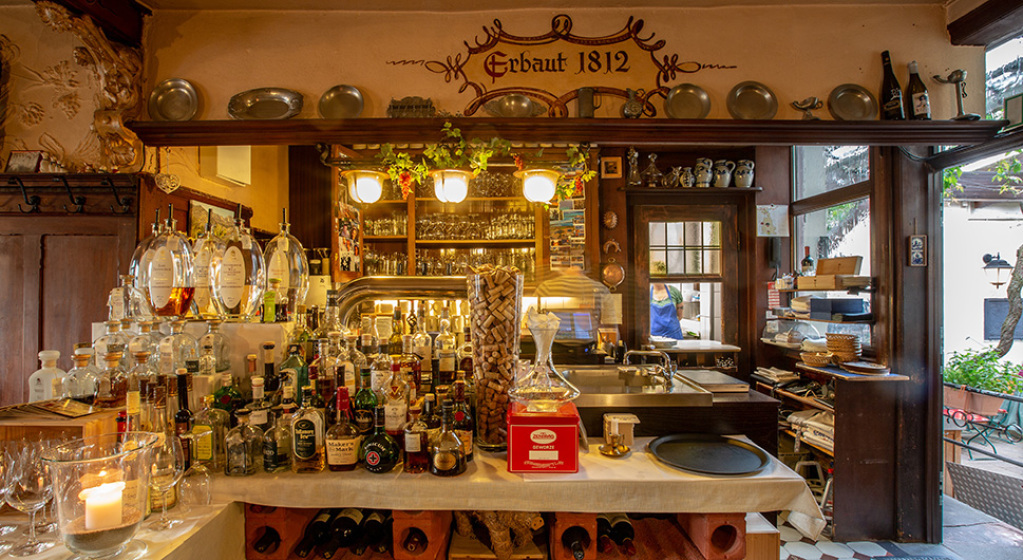 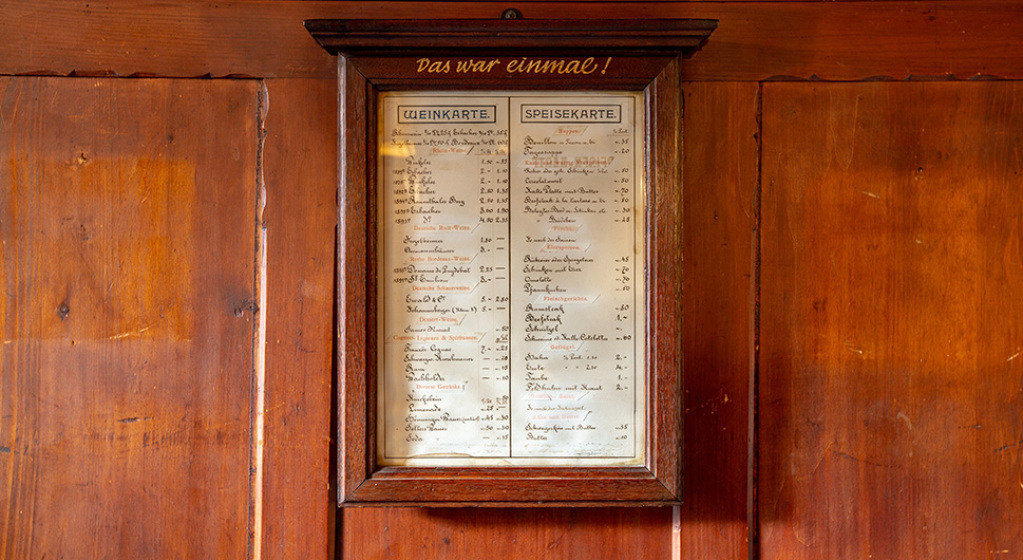 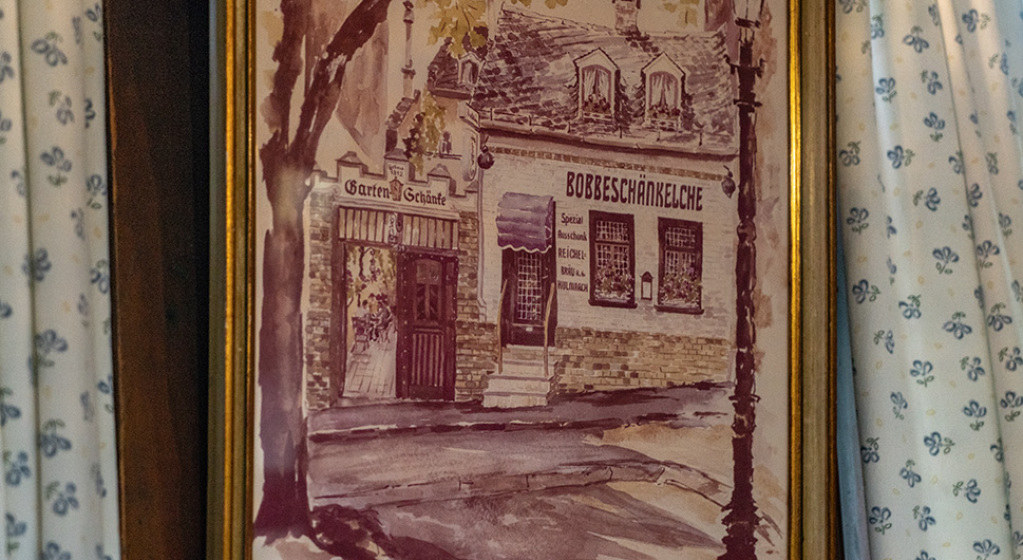 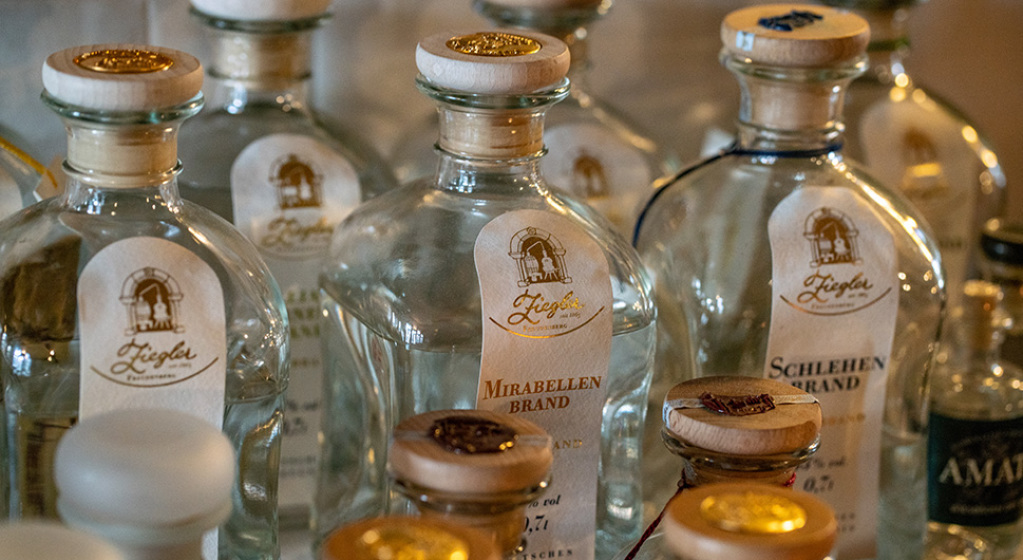 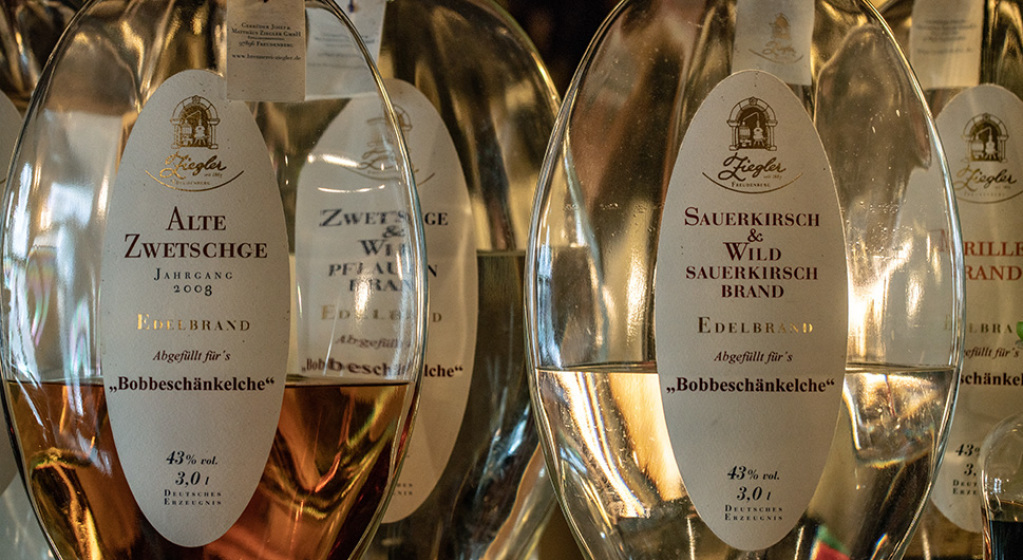 In accordance with the tradition of the restaurant, which has existed for over 150 years, the Bobbeschänkelche serves good, comfort food. The name derives from the cider bar in the Puppenschänke, first mentioned in 1860, which was called "Poppenschänkelchen" in the dialect of the time. The house and parts of the interior have not changed since then either—the 160-year-old vines in the picturesque inner courtyard are even heritage listed. One thing, however, has changed significantly: An impressive selection of wines was added to the cider, which have already received awards from local magazines.